Objective: To report an experience of complications occurring during endovascular coiling (without assisted technique) in intracranial aneurysms.
Materials and Methods: This study was conducted from January 2010 to December 2013at the department of Neuroradiology, PGMI Lahore General Hospital, Lahore. A total of 300 patients were included in this study of both gender (male and female) and in the age range of 25 – 65 years. In our study all the patients with ruptured and un-ruptured aneurysms had undergone coiling.
Results: Out of 300 patients, there were 123 (41%) males and 167 (59%) females’ patients. Their age ranged from 30 – 65 years. In this study the overall mean age is 48.36 years. The maximum numbers of patients were in their fifth and sixth decades of life. Coiling was successfully performed in all patients with very low complication rate (1%).
Complications: There were only 3 complication which were recurrence / recondition 1 (0.3%) case detachment of coil 1 (0.3%) case of small rebleed from aneurysm (0.3%) 1 case each.
Conclusion: Coiling is a safe and less invasive procedure for bothruptured and un-ruptured intracranial aneurysms with very less complications and low morbidity and mortality rate as compared to other invasive procedures. 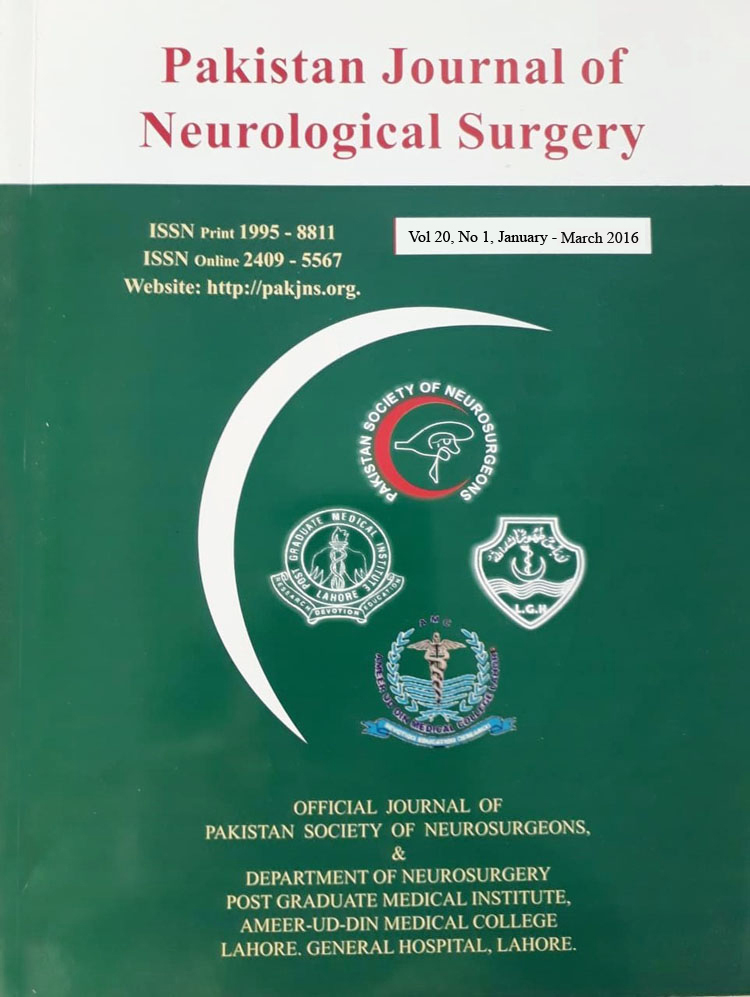