Objective: To determine the short term complications of Myelomeningocele repair.
Material and Methods: This cross sectional study was conducted at Neurosurgery Department, PGMI Lady Reading Hospital, Peshawar from January 2014 to June 2014 with total 6 months duration. All patients having age from 1 to 6 months with either gender who were operated for myelomeningocele were included and those patients having MMC with a prior VP shunt, moribund patients who do not survive for 30 days were excluded from the study. Patients age, gender and short term complications of surgery were documented on pre designed proforma. Minimum one month follow up was done. Data was analyzed by SPSS version 17 and expressed in the form of tables and charts.
Results: In this study 58% children were in age range 1 – 2 months and 42% children were in age range 3 – 6 months. Mean age was 2 months with SD ± 1.26. Fifty five percent children were male and 45% children were female. VP Shunt was put in 12% children, CSF Leak was found in 15% and infection was found in 23% of cases.
Conclusion: Wound site infection and CSF leak are the most common short term complications of myelo-meningocele repair. 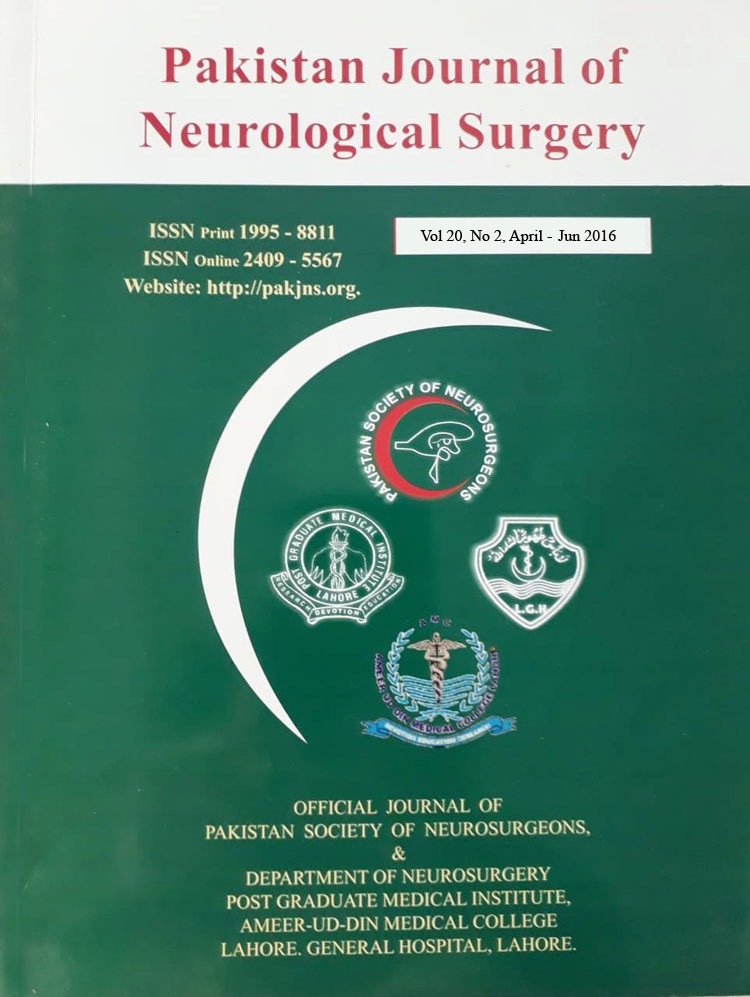