Objective: The objective of this joint study was to offer the prompt surgical treatment to all diagnosed victims of Reversible dementia with chronic subdural hematomas in our population. Evaluation was based upon comparison of their Pre and Postoperative MMS scoring and HDS-R grading.
Materials and Methods: This study started in June 2013 and is currently ongoing at the Services Institute of Medical Sciences with its allied Services Hospital, Lahore as a joint venture principally between the departments of Neurosurgery and Neurology. We included 30 cases in this study.
Results: Out of 30 cases there were 25 (83.3%) males and 05 (16.66%) females patients. Twenty five out of 30 victims (83.3%) were suffering from dementia pre operatively. Twenty out of these patients (80%) recovered fully and three patients (10%) partially. 02 patients (6.6%) neither improved nor deteriorated. Twenty eight out of 30 victims underwent surgical evacuation by burr holes with closed drainage system under general anesthesia (91.1%) and 2 under went under local anesthesia (6.6%) due to their co-morbid conditions.
Complications: There was no noticeable mortality. One patient complained of post operative pyrexia with convulsions (%) and was managed satisfactorily by conservative treatment. Another patient complained of head-ache for 3 days which was also managed conservatively pie diagram – II. There was no intracranial wound infection in our study.
Conclusion: It was concluded that there was marked post operative improvement in patient’s memory, behavior and neurological status. This was established by proper recording, documentation and comparison of their pre and post operative MMS scoring and HDS-R grading system. It is recommended that the victims of chronic subdural hematomas should be offered prompt evacuation to improve their neurological status. 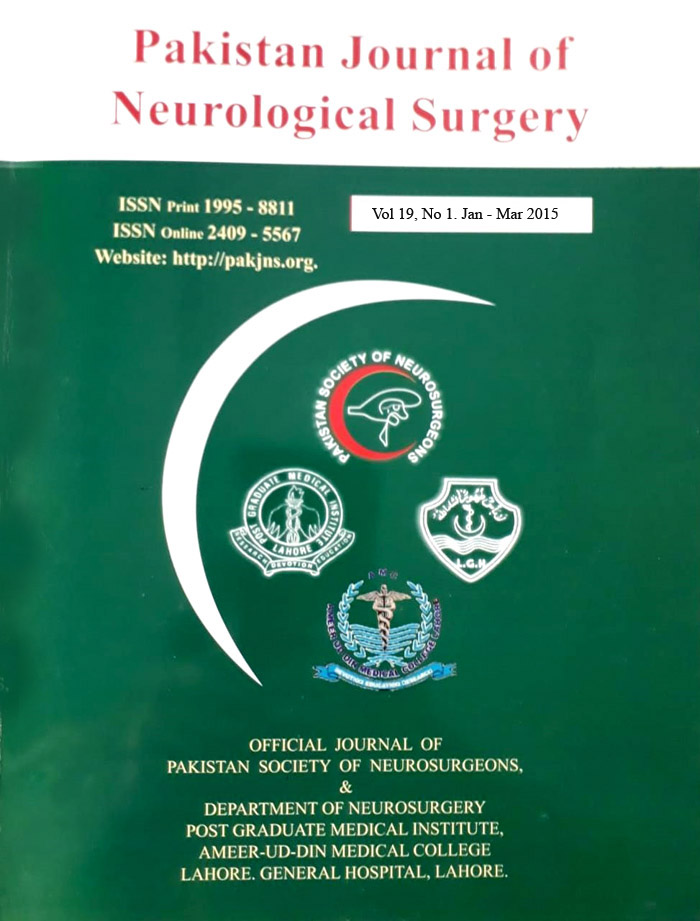