Objective is to emphasize the importance of early diagnosis based on head CT scan and aggressive surgical treatment. The authors present their experience in the management of patients with posterior cranial fossa epidural hematoma (PFEDH) which involved an aggressive diagnostic approach based on symptoms and signs and early use of head computerized tomography (CT) scanning.
Material and Methods: The authors treated 25 patients in DHQ Teaching Hospital/Sahiwal Medical College, Sahiwal from January 2007 to June 2014. Diagnosis was established in all the patients with the aid of CT Scan-ning because the clinical manifestations were frequently non-specific. Cases were stratified by clinical course, Glasgow coma score (GCS) and their radiological status. Based on clinical and radiological parameters, patients underwent surgical or conservative management.
Results: Male to female ratio was 1.6:1. Patients ranged in age from 5 – 45 years. All hematomas were of traumatic origin. The most frequent cause was motor vehicle accidents (17 cases) and fall from height (8 cases). Out of cases of PFEH, male to female ratio was 1.6:1. The most important findings were occipital, sub-occipital or retro-mastoid swelling (18 patients – 72%) headache (16 patients-64%) vomiting (16 patients – 64%). Clinical signs and symptoms are summarized in the table. Ten out of 23 patients (40%) had disturbed conscious level, three patients had ear bleed and then developed CSF leakage and two patients were asymptomatic. On admission a GCS score of 5 – 6 was noted in two patients, a score of 7 – 8 was seen in three cases, a score of 9 – 12 in five and score of 13 – 15 in fifteen cases. In two patients in whom there were small hematomas not exerting mass effect as well as absence of other associated traumatic lesions, conservative therapy was elected. Admission score was 15 which remained unchanged and patients were free of deficits after hospitalization for one week or until the clinical and radiological deterioration was excluded. Twenty three patients in whom the hematoma caused mass effect, even if the lesion was small and associated with either traumatic lesions, were treated surgically. The mortality rate in this group was 4% as one patient died despite prompt evacuation of the clot and supportive intensive care treatment. Nine patients in which GCS score was less than 13 on admission improved after surgery, making an excellent recovery without neurological deficit except one patient who remained disabled after surgery. Thirteen patients in whom the GCS score was 13-15 on admission and in whom large hematomas exerted mass effect underwent surgery and all improved of consciousness remained unchanged and discharged without neurological deficit.
Conclusion: Compared with outcomes reported in the available literature, good outcome was found in our series. This is primarily due to the early use of CT scanning for diagnostic and observational purposes, which in the authors’ opinion, led to early diagnosis, prompt treatment and ultimately good outcome. 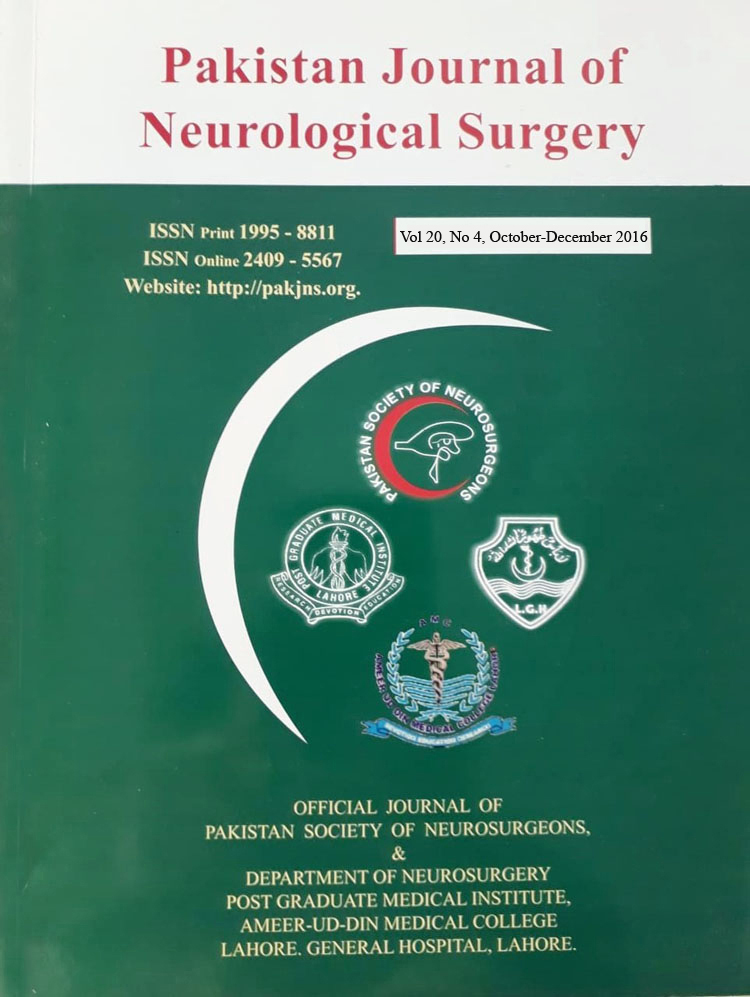